JMUN Conference was a Success 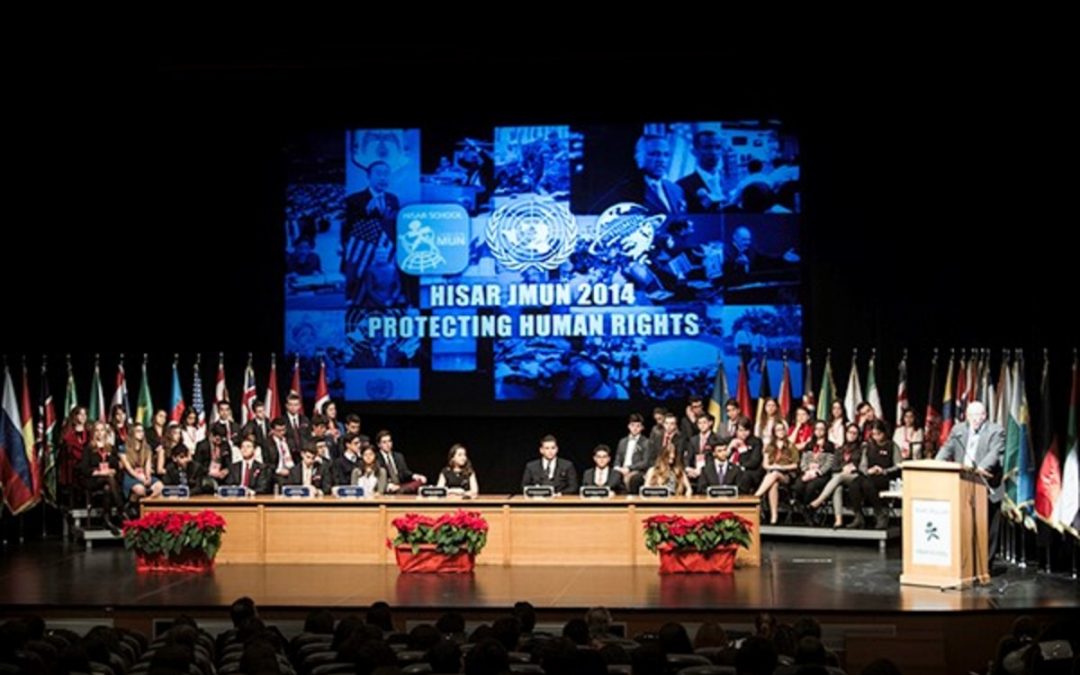 This year, the JMUN conference was attended by 36 participating schools from 6 countries with more than 770 students.

In JMUN conferences, first of which was organized by Hisar School for the first time in the world, students discuss current global political issues while developing public speaking and English skills. Each year, students discuss a different theme and become individuals who are responsive to global problems while devising solution suggestions to major problems around the globe.

This year, the JMUN conference was attended by 36 participating schools from 6 countries with more than 770 students. While students from Egypt, Germany, Greece, Luxembourg and Uganda, Hisar, Istanbul, Izmir and Ankara formed new friendships they also developed their English skills while taking a big step towards becoming responsible citizens of the world.