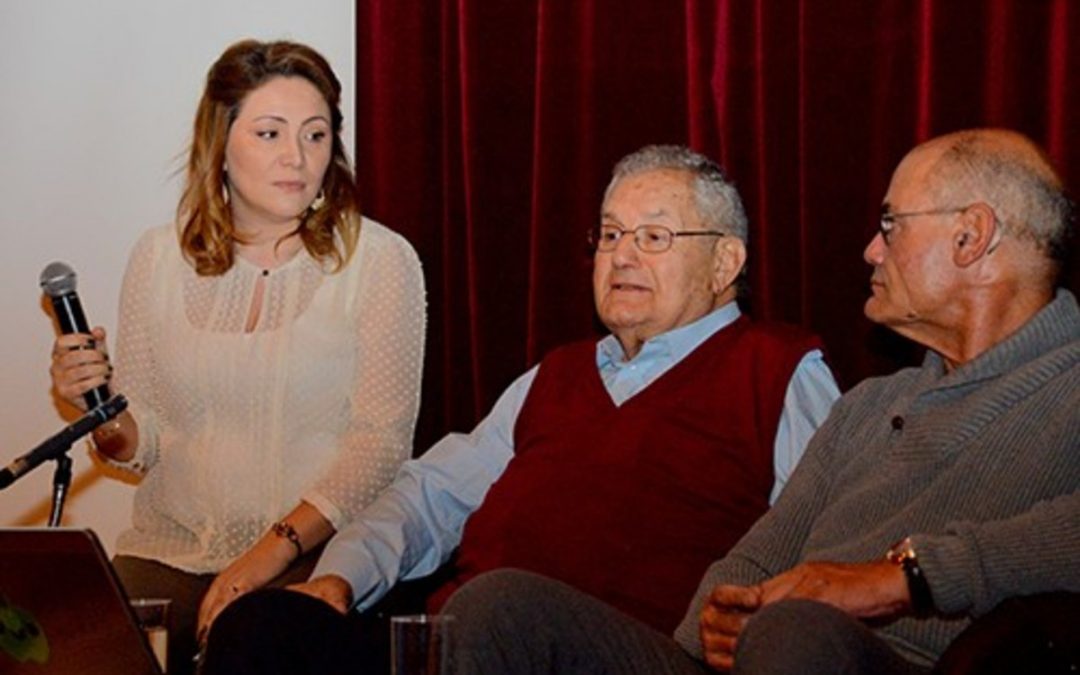 David Salz, a Holocaust survivor, visited Hisar School on April 21 and shared his personal experiences with students who are studying topics related to WWII in their English classes. David Salz told the story of how he lost his parents, was arrested at the age of 13 and sent to camps, as well as his escape to freedom. The mood in the conference room was very solemn as students and faculty listened to these harrowing stories from such a horrible moment in history.

Hisar students in Grade 7, Prep and Grade 11, as part of the English program, study units related to World War II. Grade 7 students read the play of “The Diary of Anne Frank” and are offered the opportunity to go on a field trip to Amsterdam to visit The Anne Frank House. Students in Prep read “The Boy in Striped Pyjamas” and will go to Poland to experience Auschwitz and other museums related to the Holocaust. Grade 11 students read “Maus”, a graphic novel by a graphic novel by American artist Art Spiegelman who depicts interviewing his father about his experiences as a Polish Jew and Holocaust survivor.