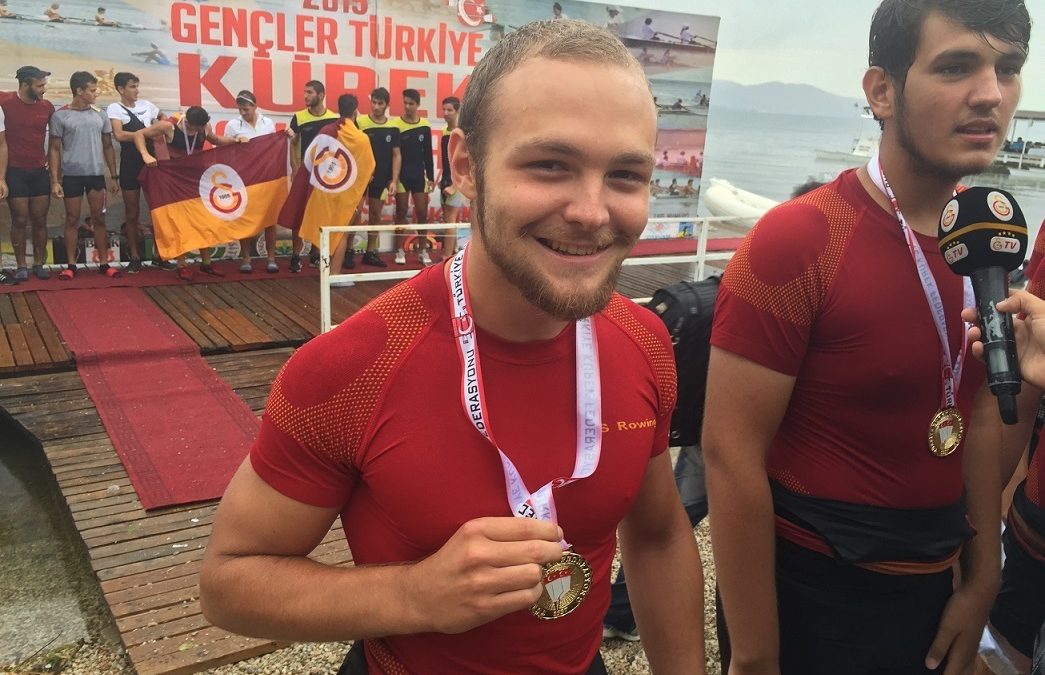 Orhan Y.’16 and his teammates of the Galatasaray Rowing Team won the Turkey Rowing Championship this past summer. This incredible achievement represents the team’s hard work, ambition, and perseverance. We congratulate the team and especially our student, who has shown much dedication to the sport as he has been training for the past 3 years.

Three years ago, he teamed up with his friends and started rowing in the Golden Horn by renting a boat by themselves. Though it was a long distance from his home, he never skipped trainings. At the beginning of last year, he started to row with the Galatasaray Club and continued to train four times a week throughout the winter despite also being far from his home.

While preparing for the Championship, he and his team trained two times a day and six times a week. Though the trainings were tiring, they were persistent.

In the end, he, as stroker (team leader) and his team won the Championship.