Amsterdam: Following in the Footsteps of Anne Frank 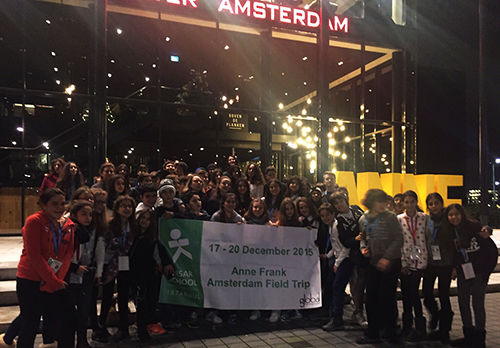 The middle school English department took 7th graders on a trip to Amsterdam on December 17th through the 20th.

Students had been reading the story of Anne Frank and learning about World War II in their English classes, and the trip brought many of those historical places to life for them. They visited the secret annex where Anne and her family hid during the war and even visited the Westerbork transit camp prison where they were held for a time.

Anne’s transformative story of hope in the face of racism, hatred, and prejudice has engaged students in important conversations in class. That story was brought to life in an even greater way when students saw “Anne,” a major theatrical production which also addressed the topics we have been thinking about during this unit.

Students had a lot of fun, but also came away with lasting experiences that they will remember for many years to come.