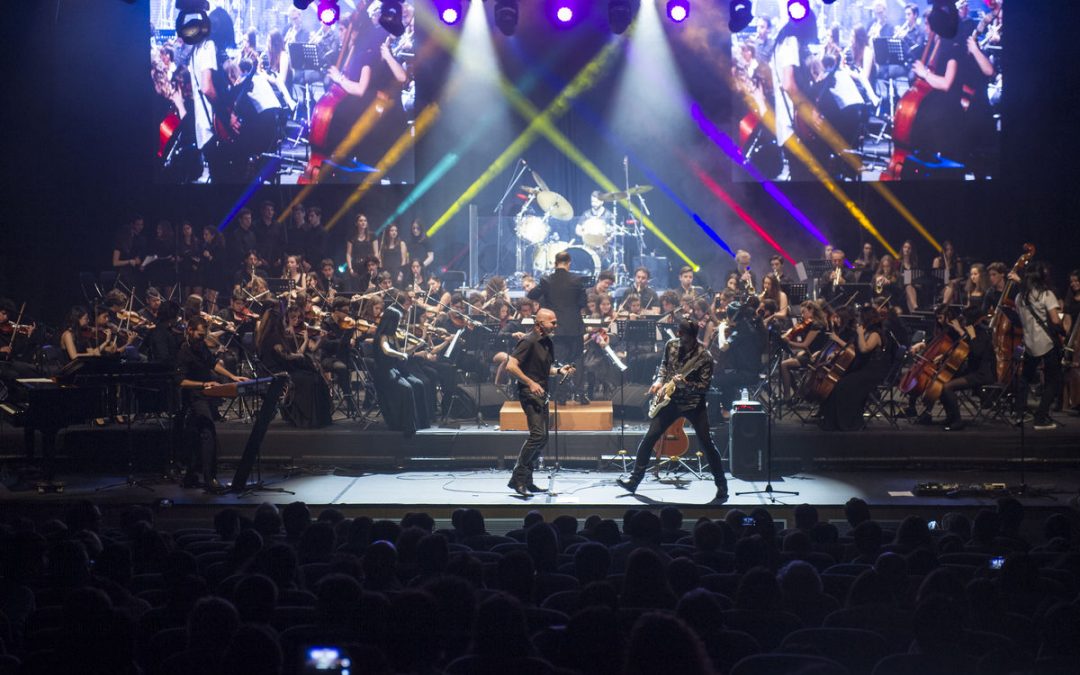 Our students accomplished a never before realized project in Turkey for celebrating the 20th year of our school.

The symphony orchestra and vocal group of students from Hisar Schools met with the Mimar Sinan State Conservatory Youth Orchestra and Turkey’s highly popular Yüksek Sadakat group to perform their beloved songs with a symphonic arrangement for the first time.

Preparatory studies have been ongoing since the beginning of the 2016-2017 academic year and 81 students performed at this major production. Cemil Demirbakan, the first soloist of Yüksek Sadakat, took part in concerts which were performed two nights in a row due to high interest. These concerts were the first concerts in Turkey with a a professional group and a student orchestra in Turkey.