After a colorful 20th Anniversary 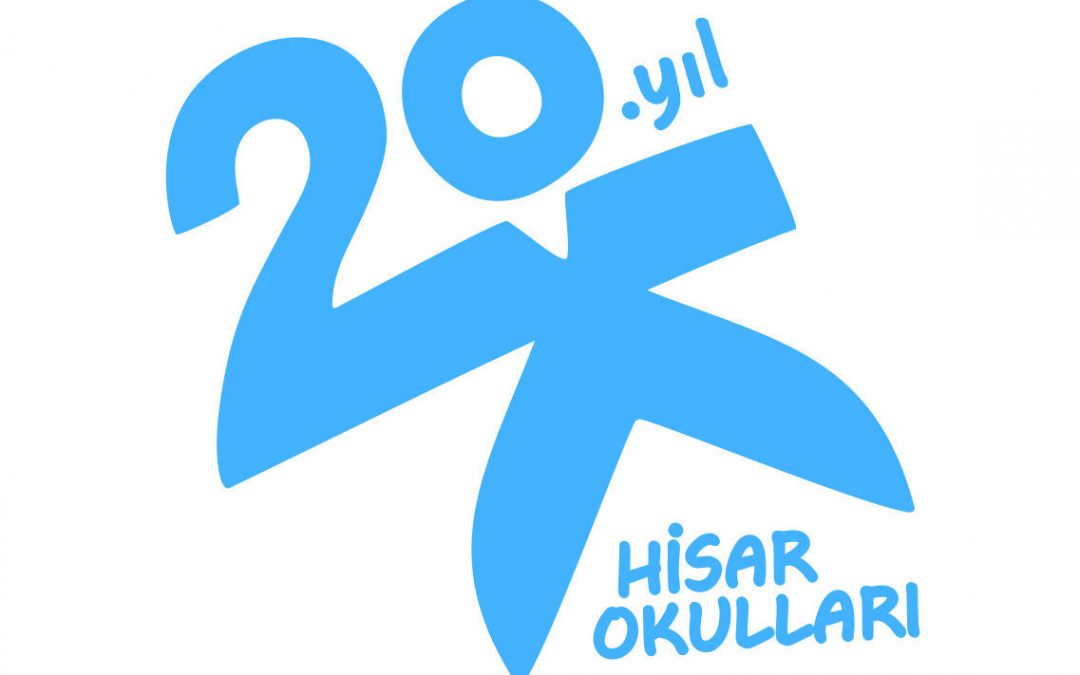 Branding was decided as the first step of anniversary and a logo competition was done in the 2015-2016 academic year, among students and alumni. All three finalist logos (of 87) were used on school walls, all events, student uniforms and course materials.

Students were welcomed with colorful 20th anniversary logos both at lobby and the entrance- which was decorated by AP Studio Art students.

As a brief look to the past 20 years, Hisar School Exhibition- From the Past to the Future, opened in September at KSM. We thank to Akbank as main sponsor; and Samsung and Artı İletişim as product sponsors of our exhibition.

Our film exclusively created for 20th Anniversary were contained videos and photos from our history and were voiced over by our student. The film also included some footage that mentioned the dreams of our founder Mr. Feyyaz Berker, founding General Director Mrs. Ayfer Yeniçağ and current Executive Advisor of Board of Directors Mr. David Cardenas.

A photo booth was served as a tool that our community not only to share their ideas, dreams or memories about Hisar by recording a video but also have some fun and share Hisar spirit by taken photos.

Our 20 year colleagues who are the witness of our school development year by year have a very special for us. During the anniversary year we tried to ask them to share their memories and honour them in all activities we created. As some examples, the 20 year colleagues got together with the Founder’s representative, Board Members and administrative and our students prepared banners to the honour the 20 year faculty and staff. These banners presented at A Block.

We hosted State Opera Ballet at our school for their exclusive performance for our anniversary. Hisar Academy’s ballerinas were also on the stage at the end of this fascinating ballet show.

Hisar is a journey to happiness! This was never changed from the beginning, and in 2016-2017 academic year this motto was decided to arise more. In the month of May, full of visual arts, music and science activities, increased enthusiasm of the 20th anniversary fun with this theme.

Another competition were held to ask students to create most creative artwork that Hisar meant to them. The most creative students of The Most Creative “20” Art Competition are awarded with 20th anniversary medals and various art books (which were generous gift of one of our sponsor, Boyut Publishing Group).

The project: “Hisar is … for me”: The project of High School Graphic Design and Multimedia course students on the theme of “20th Anniversary of Hisar” were created. The photos were taken and graphic design were done by our students. The printed posters were presented as a small exhibition at A Block lobby area in May and June.

In our 20th anniversary concert; as the first concert in Turkey, given by a professional group accompanied by a student orchestra, our students and the Mimar Sinan State Conservatory Youth Orchestra met with the famous rock band Yüksek Sadakat and performed their songs in an orchestral setting.

20th anniversary was also a beginning for an international organization. The First Hisar School Piano competition was held at Hisar School in June 2017. We had finalists in five categories from both in Turkey and abroad.

Our yearbook was also created with our anniversary spirit. A cover brief that contain anniversary elements was sent to graphic design students and one of the design was selected for this special year’s yearbook cover.

WE THANK OUR SPONSORS FOR SUPPORTING OUR 20TH ANNIVERSARY EVENTS.