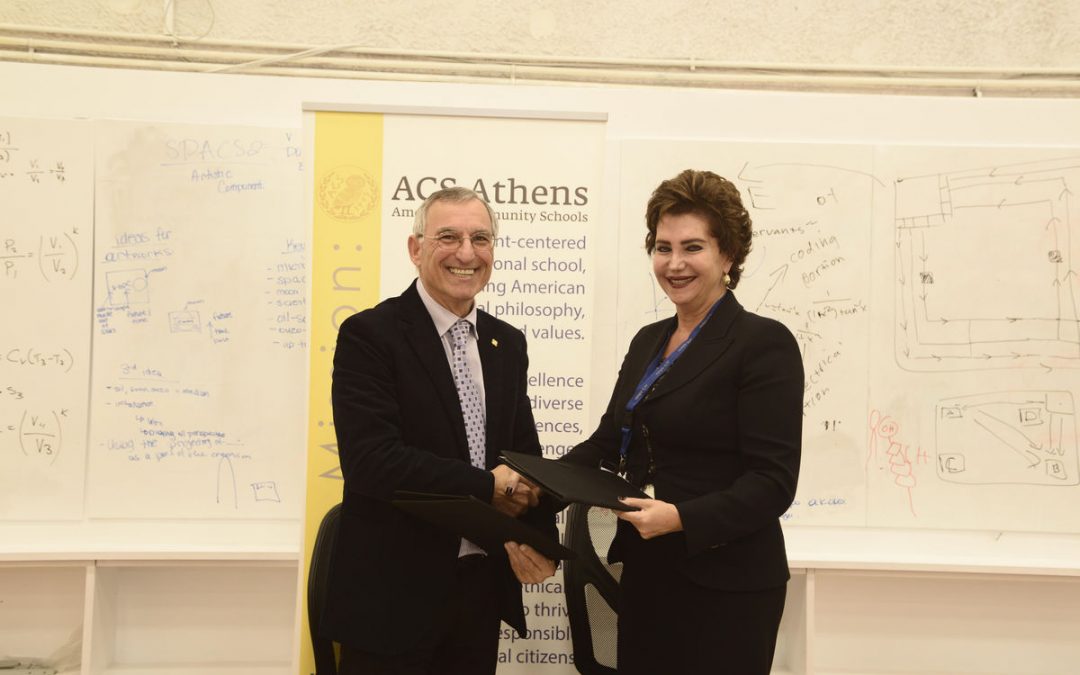 As Hisar School, we are proud to have signed the Memorandum of Understanding (MoU) with American Community Schools Athens (ACS Athens), which we have been carrying out joint projects since 2017.

Hisar School had hosted ACS Athens students in September 2017, had organized various workshops in ideaLab, had shared their experiences in coding, programming and other computer and technology fields with ACS students. With the inspiration they received from Hisar ideaLab and Hisar students, ACS students then organized the first Coding Summit in their school in December 2017. At the Summit which took place under the leadership of Hisar students, our students held Arduino, Adobe, Python, Fusion360 and Scratch workshops, taught more than 32 hours and introduced over 200 students to these areas of specialization.

This MoU covers not only the cooperation between the two schools, but also the development of joint work with important schools and universities in the world. We believe that the cooperation established in light of the MoU, will provide a great benefit to our students in academic, social and cultural terms, will be beneficial for our school.