The Book Signature Day for “Oma”, a Work Created by Our High School Student Has Taken Place 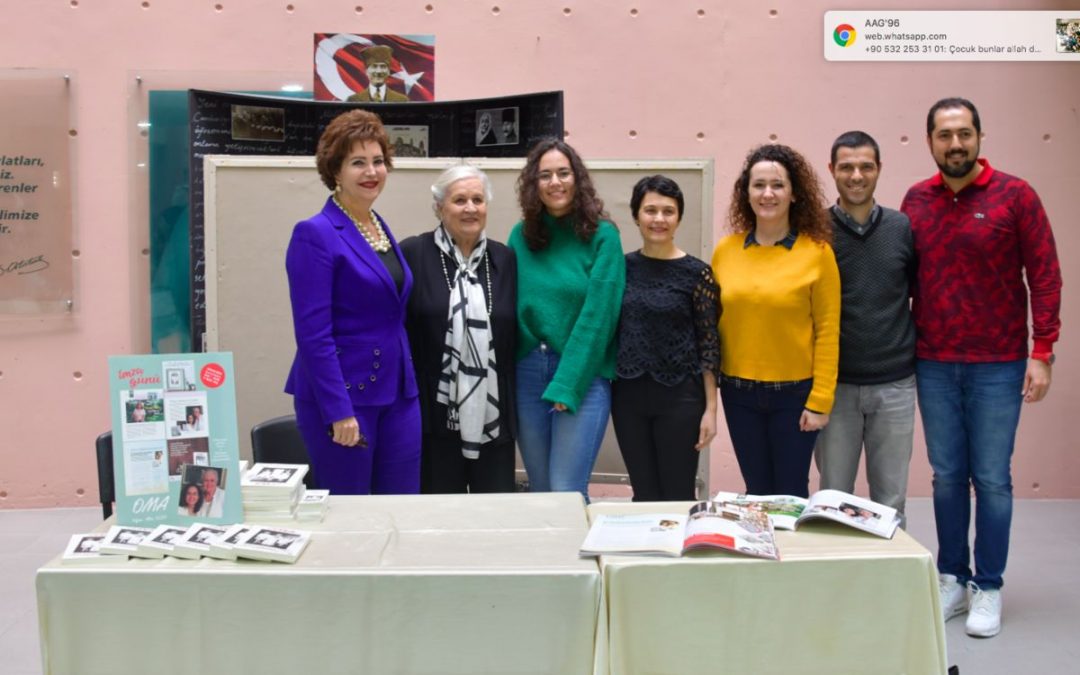 Hisar School High School student, Mira Sezer, held the book signing day of Oma, a book compiled from the memories and experiences of her multicultural family.

Mira became a government-affiliated actress at the age of 8 and took part in Boston University’s Summer Theatre Institute where she took college-level courses. She also joined the Boston Children’s Theatre for 3 consecutive years and was the only foreigner there. She was a research intern at the University of Pittsburgh and Harvard University’s McLean Hospital of Psychiatry. In addition, with the support of our schools Social Services Department, she volunteered at the Parilti Foundation and worked with visually impaired children.

In hopes of investigating her multicultural family further, she created an interdisciplinary project with the help of our History and Turkish Literature Departments and started recording the experiences of her German grandmother who survived World War 2. This was how the book “Oma” was born. “Oma” is currently sold in bookstores in Turkey, as well as, international online platforms such as Amazon. The books revenue is being donated to the Parilti and New Beginnings Association and “Oma” will be performed later in May.