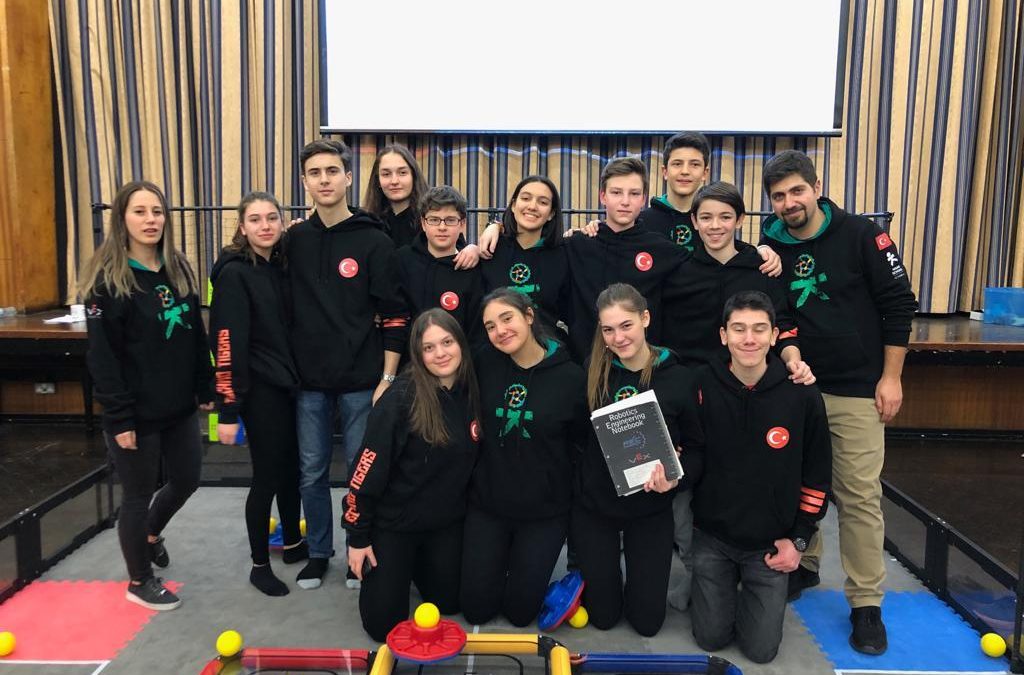 Hisar Mechatronics teams have completed the 4-day program in London. Our teams participated in the VEX Robotics Competition Regional Tournament and competed with the last year’s champion temas alongside many other teams from England. Both our teams became quarter-finalists in the finals and qualified to complete a special two-day program to prepare for the next tournament. Upon two-day training, they left for Stowe International Tournament to which many teams from China, Senegal, Finland and many other countries participated. In the tournaments our team Mechaminds became quarter-finalists and TechnoTigers became semi-finalists. We sincerely congratulate our students and wish them continued success.

Below you can view the videos of the tournaments in which our Hisar teams have competed.