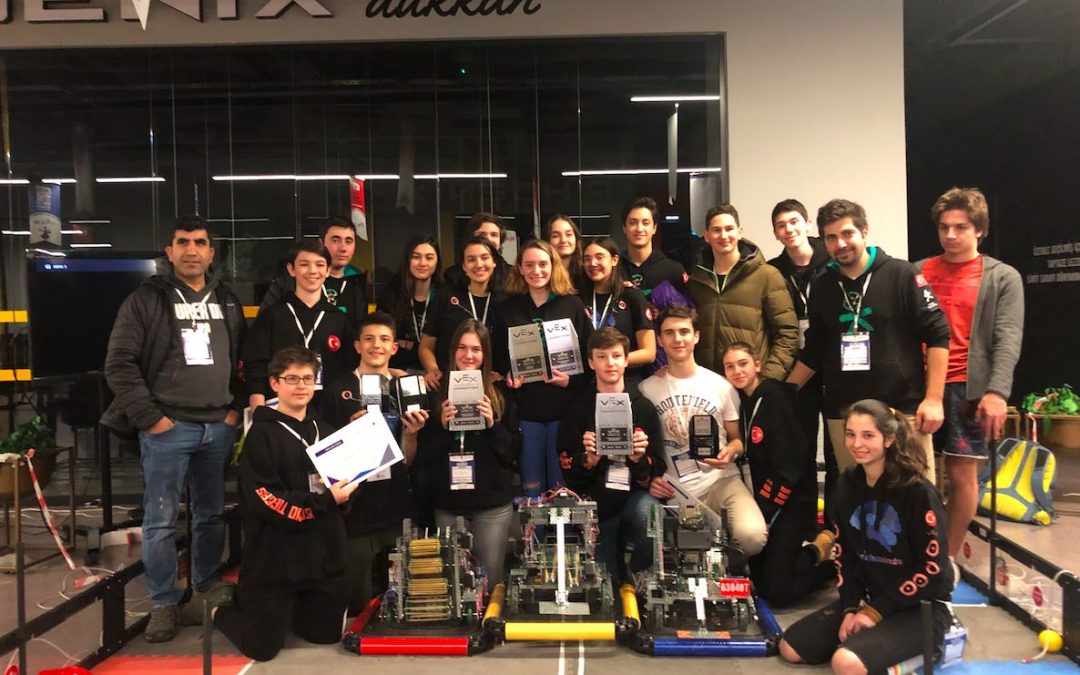 Hisar Mechatronics teams Techno Tigers, Mechaminds and Hemlock received 7 awards in total at the VEX Robotics Turkish Championship. Our team Hemlock was semi-finalist and TechnoTigers and Mechaminds came 1st and 2nd consecutively and became the winners of the tournament.

Our teams were rewarded with the awards below as a result of Robot Skills, Ranking and Qualification tours and jury evaluation.

Techno Tigers team received the Excellence Award and was qualified to participate in the VEX Worlds World Championship to be held in USA with the participation of 580 teams as the only Turkish High School team to represent our country.