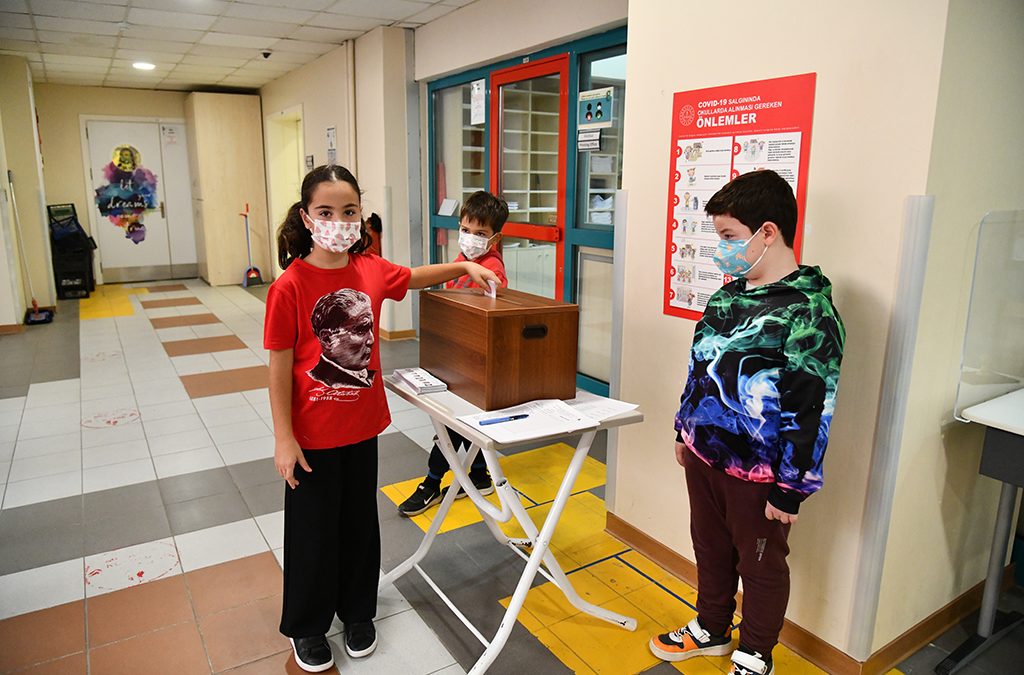 In our school, the School Assembly and the Student Council Presidency are determined by the elections held every year. Our main goal in this process is to make our students aware of the importance of the right to vote and to be elected, and to realize that the parliamentary system is an application that expresses the representation of every opinion.